Smallpox is a highly contagious and often fatal disease which was a real plague in several regions of the world until its eradication in 1979. It has invaded the French Canadian population on numerous occasions since the start of the colony, wreaking havoc in parishes.

It is under the names of petite vérole or picot(t)e that smallpox is most often designated in Quebec registers. This name of picote originates from the blisters which covered the bodies of the victims. 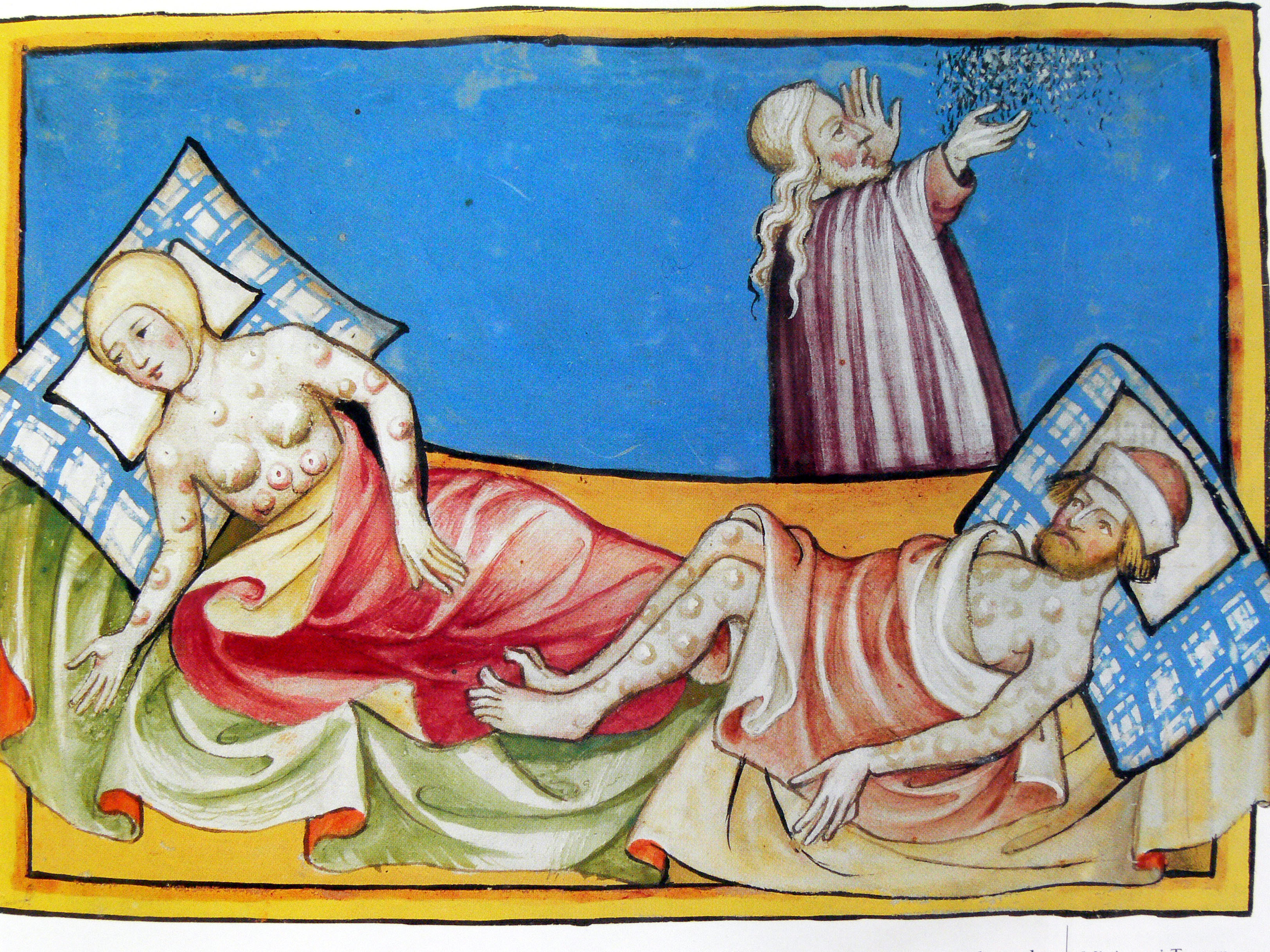 The parish priest of L’Islet, a village in the historic region of Côte-du-Sud on the south shore of the St. Lawrence River southwest of Quebec City, highlighted the usage of these two terms in a rare note in the margin of a burial record. He registered on August 24th, 1792 the death of Marie Louise Bernier, 19th and “last dead of this disease, that is to say of the petite vérole or picote in Canadian or French terms since October 23rd, 1791”.

Smallpox is the disease involved in the voluntary contamination of enemy First Nations with infected blankets during Pontiac’s War, an initiative reportedly approved by British officer Jeffrey Amherst. This event has been on the news in the past few years as the City of Montreal decided to rename Amherst street to “Atateken”. As smallpox was not present in America before the arrival of the Europeans, it was especially deadly among the Natives, who had no prior immunity.

On May 4th, 1709, Louis Miskouabemich, a man of the Nepissing First Nation, was baptized in Ste-Anne-de-Bellevue. The record says he was 110 years old, which is unlikely but certainly indicates an advanced age. The elder had previously received the ondoiement, a quick ceremony that takes the place of baptism if death is likely to occur before a proper baptism can be organized.

Indeed, Louis “[was] dangerously sick of small pox”. His age and possibly his social position gave him a very advantageous sponsorship: his godfather was none other than Philippe de Rigaud, Marquis de Vaudreuil, who was then Governor of New France. His wife Élisabeth de Joybert held the role of godmother. The couple were absent and represented at the ceremony by a couple of local notables.

Louis Miskouabemich died on June 27th of the same year.

Smallpox was known to cause miscarriages and premature deliveries, and increase infant mortality rates. Many of these instances can be found in Quebec registers.

Marie Huguet dit Latour, from L’Ancienne-Lorette, near Quebec City, experienced a tragic end in 1755: “the first picotée who brought it from Quebec City died pregnant her child baptized by the midwife in its mother’s womb”. Her death occurred only 6 months after her marriage. The child, therefore assumed to be highly premature, clearly did not survive as it was ondoyé while still in the womb.

Other traces of premature births due to smallpox can be uncovered in the Lachine registers. For example, in 1702, the burial of a child “born last night aged seven months his mother being sick of smallpox and in case of danger he was ondoyé by Jeanne Malteau the midwife”.

However, the family reconstructions available on PRDH-IGD tell us that the mother, Barbe Brunet, overcame the disease and died in Châteauguay at the respectable age of 74.

A few months after this child’s burial, a woman named Marie Fortin “died last night of smallpox while giving birth to a girl aged six and a half months who was immediately ondoyé by the midwife and then died and was buried in the same grave as her mother”.

Smallpox also took an active part in a historic drama, the Expulsion of the Acadians by Great Britain and its American colonies in 1755, during which over 12,000 of them were torn away from their lands. Smallpox developed in certain groups, adding to the scourges of hunger, thirst, cold and other diseases that were already decimating the Acadians.

From the hundreds that reached Quebec, many were severely weakened by smallpox. The numerous burial records marked with “acc” or “acad” in the Quebec City registers, identifying Acadian deaths, are testimonies to this tragedy. The winter of 1757-1758 was particularly deadly. 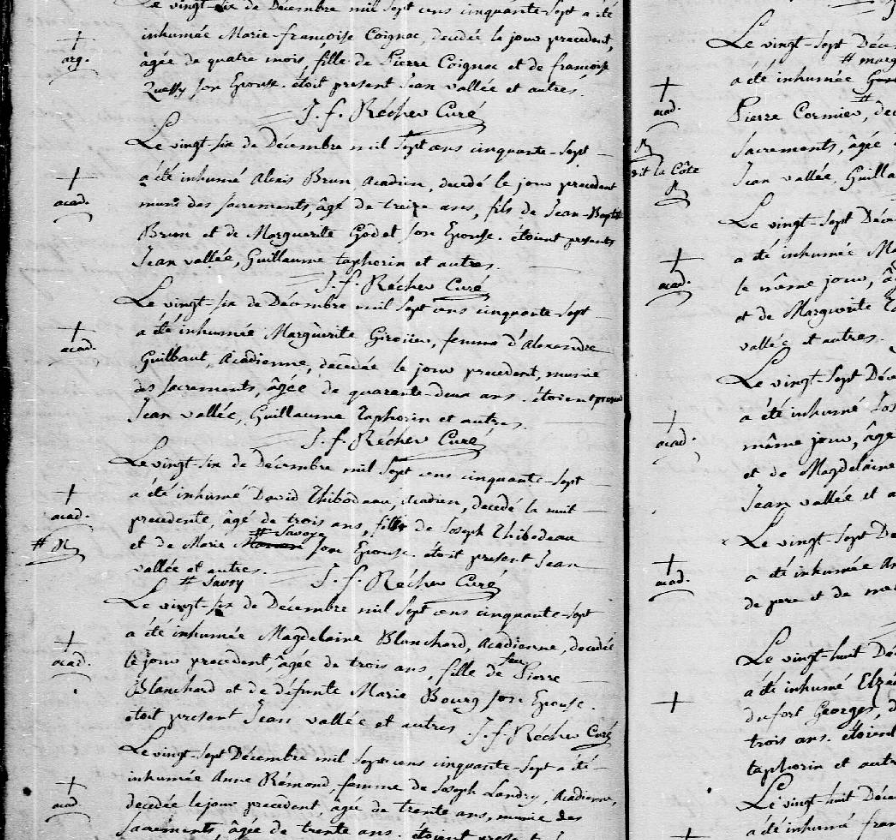 The wandering of Acadians in exile would sometimes last several years, as illustrated by the burial in the cemetery of Saint-Cuthbert of Catherine, “Cadienne [Acadian woman] who died of smallpox after receiving all her sacraments as soon as she arrived in the said parish”, on November 6th, 1769.

It appears that smallpox also affected the British army garrisoned in Quebec City. In the registers of Berthierville, formerly called Berthier-en-Haut, we can find this curious record, written in English:

We the undernamed persons do hereby certify that John Mackffee, soldier in the 28th Regiment and in Captain Darlis (?) Company and Jennet Forah were married and lawfully entered the bond of Matrimony, and that some time after, said Macfee was, by the Providence of God seized with the Small Pox and dyed at Quebec in June 1766
dated at Quebec the 10th day of September 1766

This is followed by a paragraph written in French, which deems this strange act appropriate and authorizes the widow to contract a new marriage if she wishes.

This mortuary record appears to be in a suitable form according to the customs of the troops of this province; even though I do not know the signatures; if the person whose death is attested is the same person with whom the person who presents herself for a new marriage was married, you can regard her as a widow and carry on. Only take care to verify her name as much as you can
in Montreal on May 6th, 1768 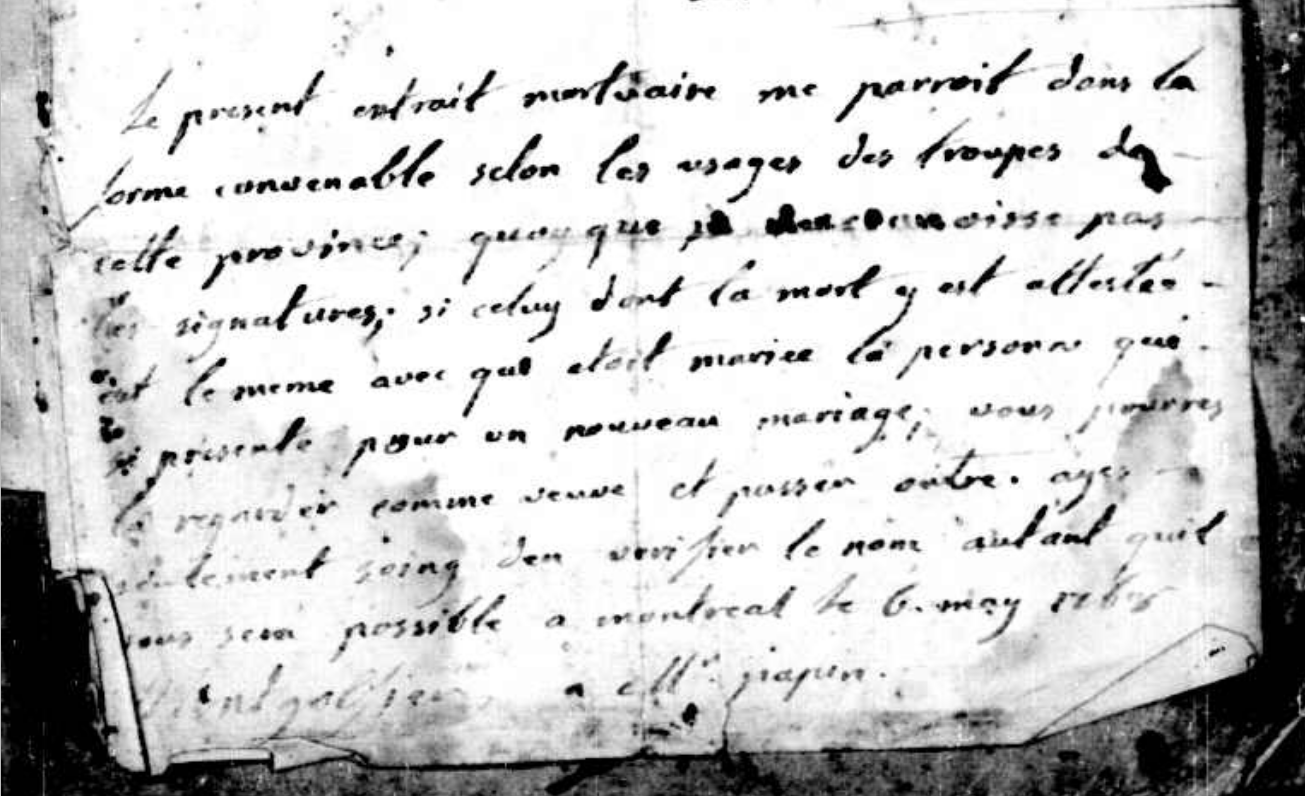 10 years later, smallpox played an important role in the failure of the invasion of British Quebec by the American revolutionaries in 1775-1776. An epidemic in the rebel ranks considerably reduced the troops available and forced the abandonment of the project of conquest.

Thus, smallpox periodically affected the inhabitants of Quebec for two centuries with epidemics of varying severity. It struck Quebec for the last time in 1885. Montreal then became the epicenter of a severe epidemic. This crisis and its repercussions, both sanitary and political, will be discussed in the second part of this article.