The Seven Years’ War (1756-1763) marks a turning point for New France, which changes hands. The first part of this blog article narrated, via the parish registers of the Catholic Church, the events that led to the assault of Quebec City.

We pick up the story in September 1759, at the Battle of the Plains of Abraham. After a successful landing at the Anse-au-Foulon (Wolfe’s Cove), west of Quebec City, the British troops reach the heights of Quebec City. 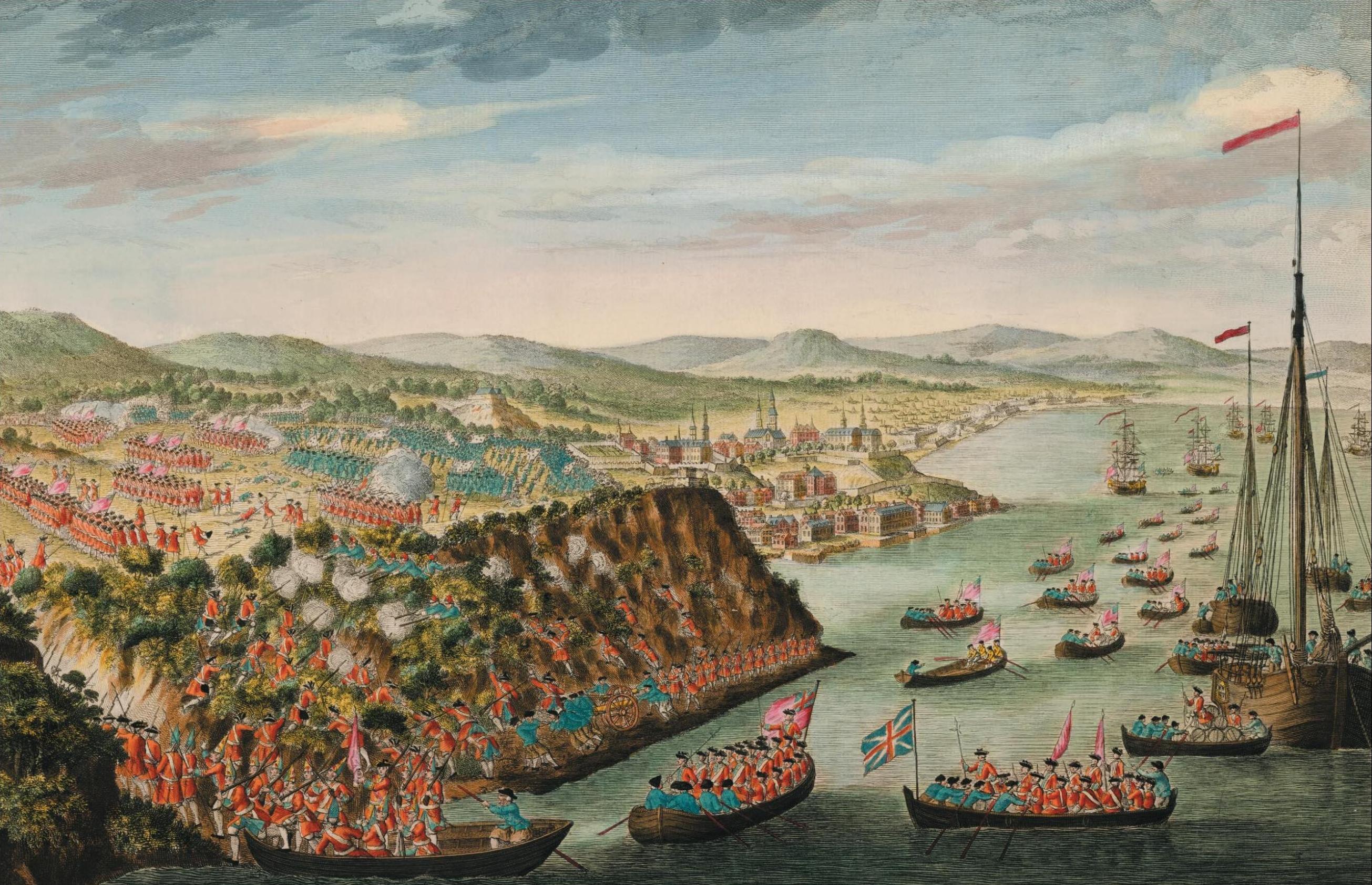 This 1797 engraving is based on a sketch made by Hervey Smyth, General Wolfe’s aide-de-camp during the siege of Quebec. A view of the taking of Quebec, 13th September 1759.

The battle results in a British victory and the death of the enemy generals Montcalm and Wolfe.
The burial of Montcalm is recorded in the register of Notre-Dame-de-Québec in Quebec City, with the honours due to his rank:

“was buried in the Church of the Ursulines of Quebec City high and mighty Lord Louis-Joseph Marquess of Montcalm General Lieutenant of the armies of the King, Commander of the Royal and military order of St. Louis, Chief Commandant of the land troops in North America, who passed away the same day from the wounds suffered at the battle the preceding day, comforted with the sacraments which he received with a lot of piety and Religion” 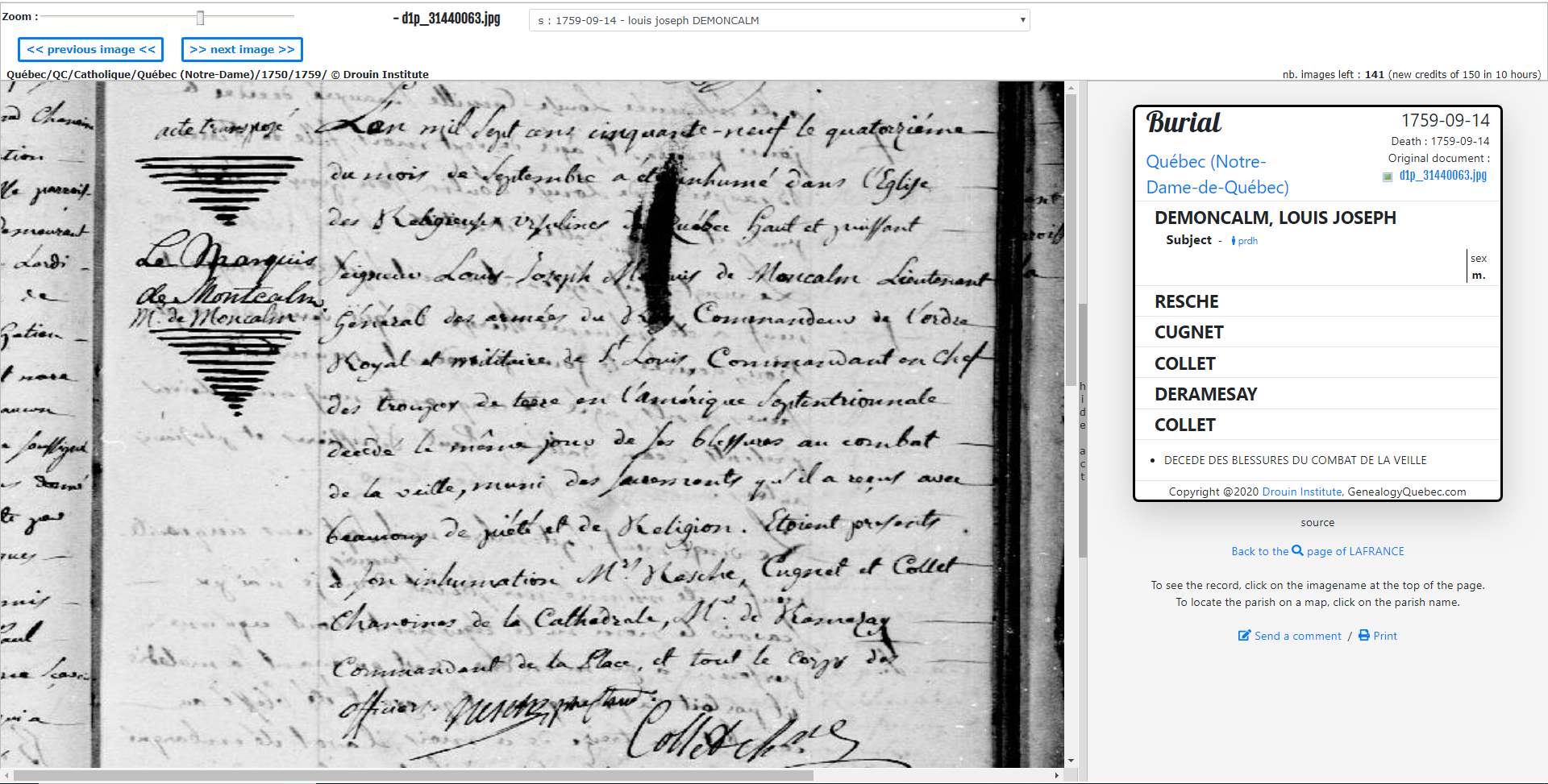 In these registers, the titles of nobility are side by side with the most anonymous descriptions: for example, we can find this burial of an unknown soldier.

“a French soldier of whom I could not know the name nor the regiment, all that someone could tell me is that before his illness he wore the wig, and being wounded at the battle on the thirteenth of this month, we was taken on an English ship where he died in the harbour.”

We often tend to forget that it is not on the Plains of Abraham that is played the ultimate round of this conflict between the British and the French. While Quebec City is occupied, the French officers ask the king for reinforcements with the intent of retaking Quebec City in the spring. On April 28th, 1760, the Battle of Sainte-Foy is won by the French against a British Army diminished by the harsh winter, resulting in high casualties on both sides. 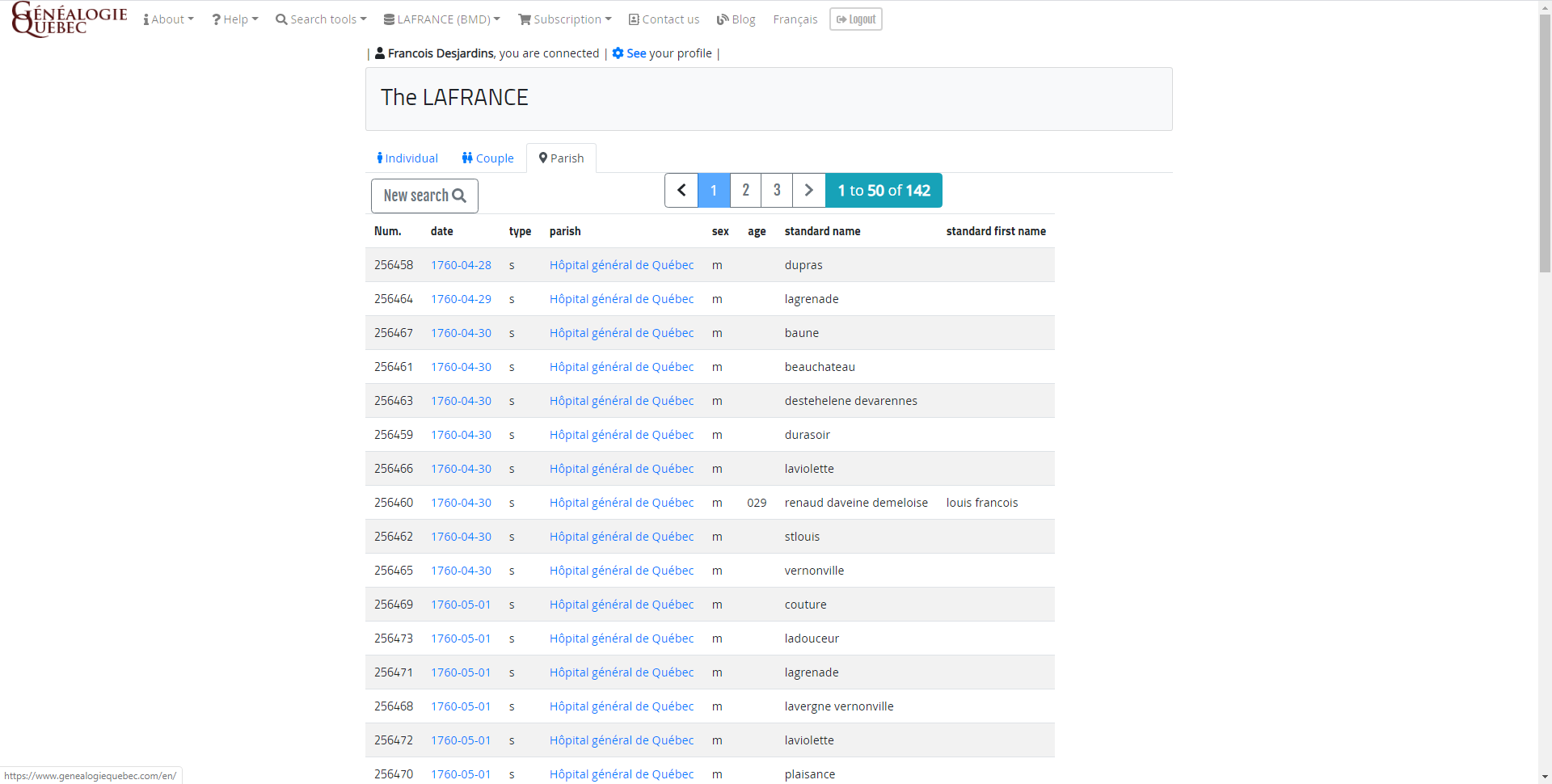 List of deaths recorded in the General Hospital of Quebec after the battle of Sainte-Foy. Source: LAFRANCE search, GenealogyQuebec.com

However, the French reinforcements never arrive and the first ship to reach Quebec City after the ice melts is British. The French are forced to retreat to Montreal, where the capitulation is signed on September 8th, 1760. The Treaty of Paris of 1763, which terminates the Seven Years’ War, officializes the change of hands of New France.

However, the traces of the French and Indian War in the records are not all as morbid. The cohabitation of the military men of the British Army and the local population also results in new baptisms and marriages. The following record, dated November 21st, 1760, is the baptism of Guillaume, an “English boy whose father and mother are unknown”, a standard formula for illegitimate children.

In another record, dated June 12th, 1761, another child is baptized with “unknown parents”.

However, we learn at her parents’ marriage in 1765 that little Élisabeth was born from a Swiss father serving in the British troops and a French-Canadian mother. 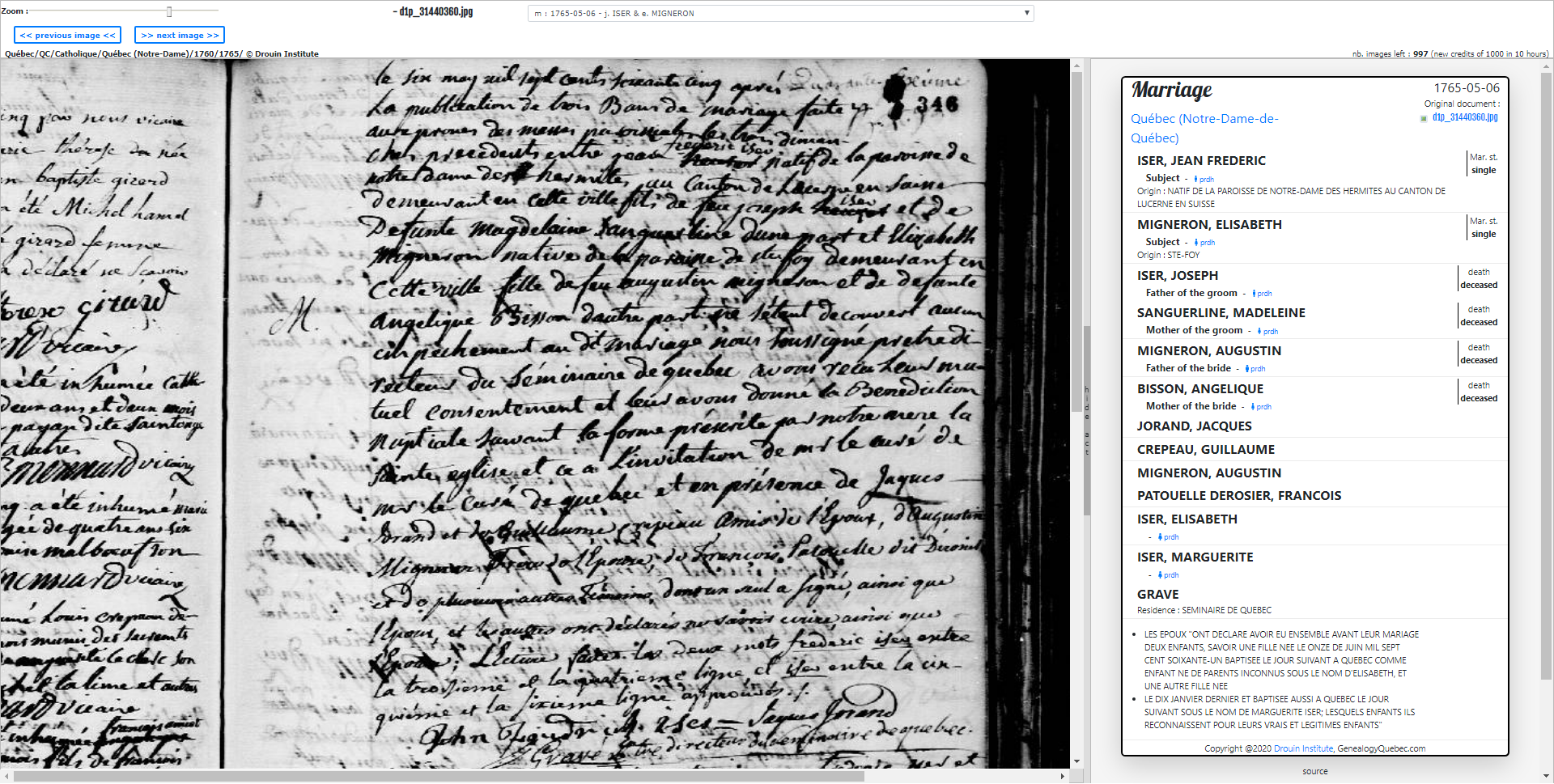 Thus, parish registers reveal the first signs of the transformations and upheavals that shake the French-Canadian population at the dawn of a new era. War certainly took the life of numerous young people, but it also brought new dwellers along the shores of the St. Lawrence River. Can you also discern in your own family history the consequences of the Conquest of New France?