Accueil » Newsletters » All of Quebec’s Catholic marriages from 1918 are now available on the LAFRANCE!

All of Quebec’s Catholic marriages from 1918 have been added to the LAFRANCE, one of the 16 tools available to GenealogyQuebec.com‘s subscribers!

This update represents the addition of 11 167 marriage records to the database.

You can start tracing your ancestors on the LAFRANCE by subscribing to Genealogy Quebec right now!

Finding the original document associated with a 1918 marriage

When you view a marriage certificate on the LAFRANCE, an image of the original parish document is usually associated with it.

In the case of Quebec’s 1918 Catholic marriages, the association between the certificate and the image will be made within the next few weeks. In the meantime, you will need to refer to the Drouin Collection Records to view the original document.

To do so, start with the marriage certificate for which you want to find the original document. We will use the marriage of Charles Emile Fillion and Yvonne Boucher on June 18, 1918 in Matane as an example. 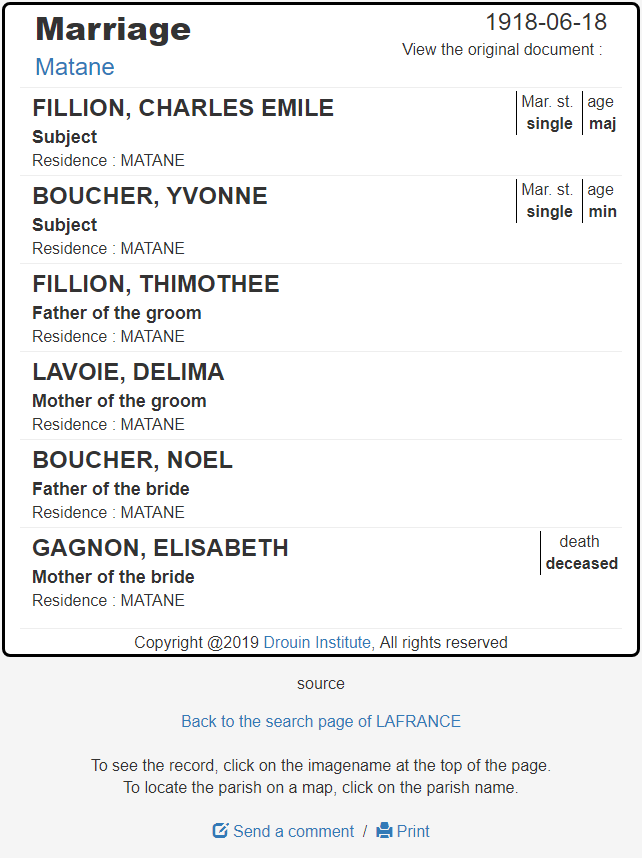 We begin by opening the Drouin Collection Records tool and clicking on the “Québec” folder, which contains every parish register recorded in the province of Quebec between 1621 and the 1940s. 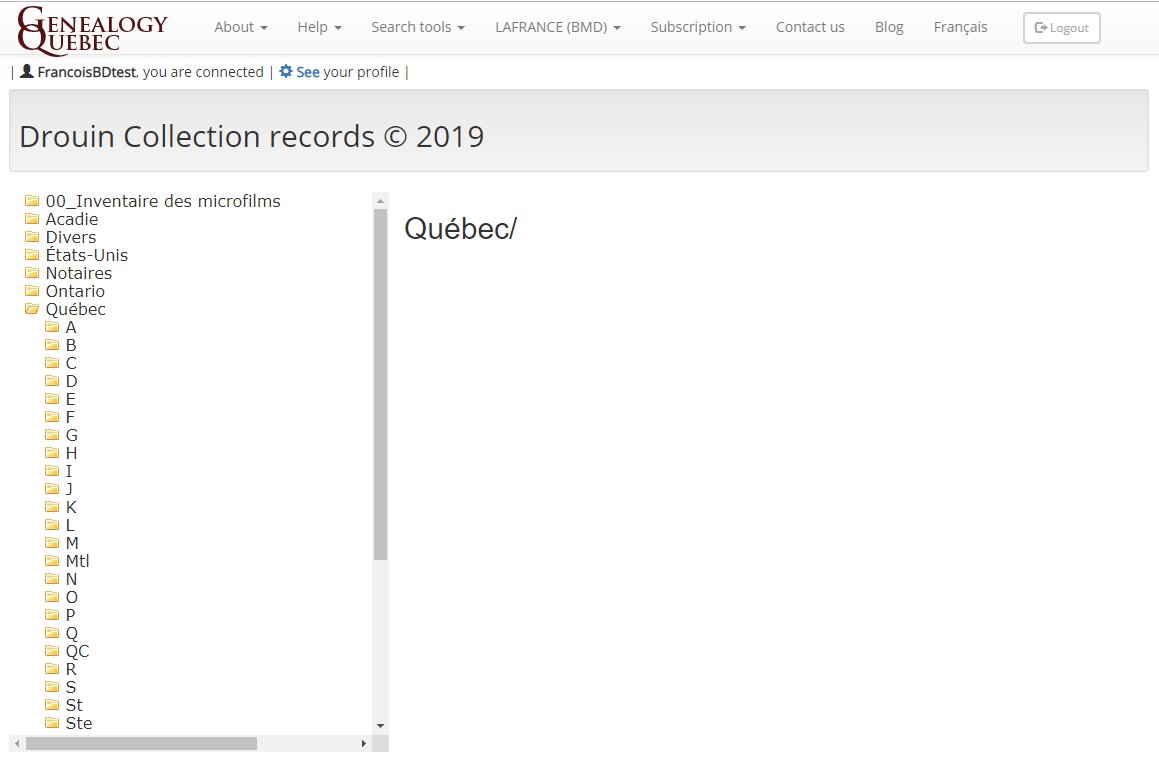 It is then a question of finding, within the folders, the parish in which the desired marriage was recorded. In our case, the parish is Matane, as indicated in the marriage certificate. We will find it under the “M” folder. 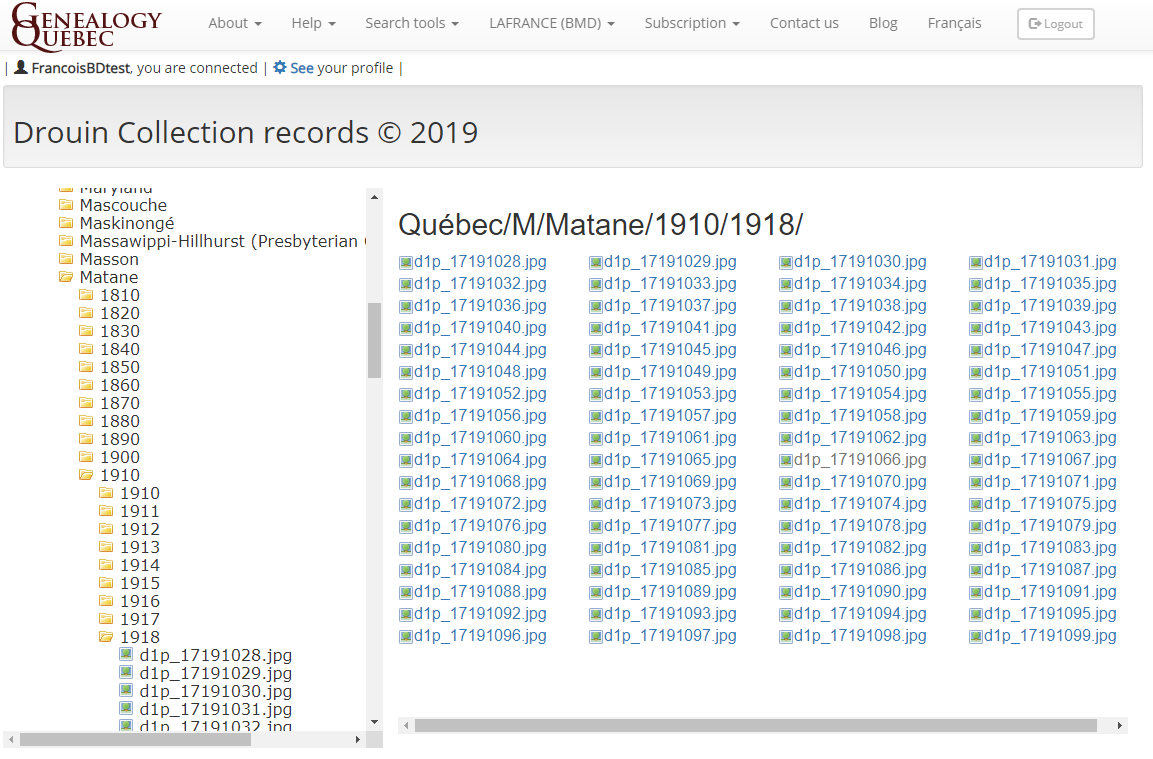 Opening the 1918 folder under Matane provides us with the list of images pertaining to the Matane register for that year. The images are sorted in chronological order; the first images will contain the January records, while the last few images will contain the December records. Since the marriage we are looking for was recorded on June 18th, we know that it will be found around the middle of the image series.

After browsing through a few images, we are able to find the original document pertaining to Charles Emile Fillion and Yvonne Boucher’s marriage.