The bimonthly LAFRANCE update was released earlier in the week. The additions pertain to the 1850-1861 period for Catholic baptisms and burials.

The Newspaper obituaries tool, which can be found in the Obituary section on Genealogy Quebec, has been updated. Around 15 000 new death notices have been added, which brings the collection to a total of 664 001 notices. These obituaries have been taken from Quebec newspapers published between 1945 and 2015. 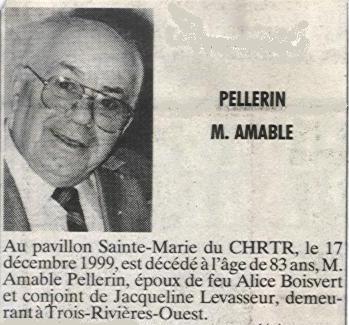 You can browse this collection with a subscription to Genealogy Quebec at this address.

What your ancestors can tell you about your life expectancy, by Bertrand and François Desjardins