New church records are now available in the LAFRANCE, one of 15 tools available to GenealogyQuebec.com subscribers.

In June 2019, all of Quebec’s Catholic marriages from 1918 were imported into the LAFRANCE. However, the link to the image of the parish document had yet to be added to the record certificates. Today’s update added this link, allowing you to view the original parish document with a single click. 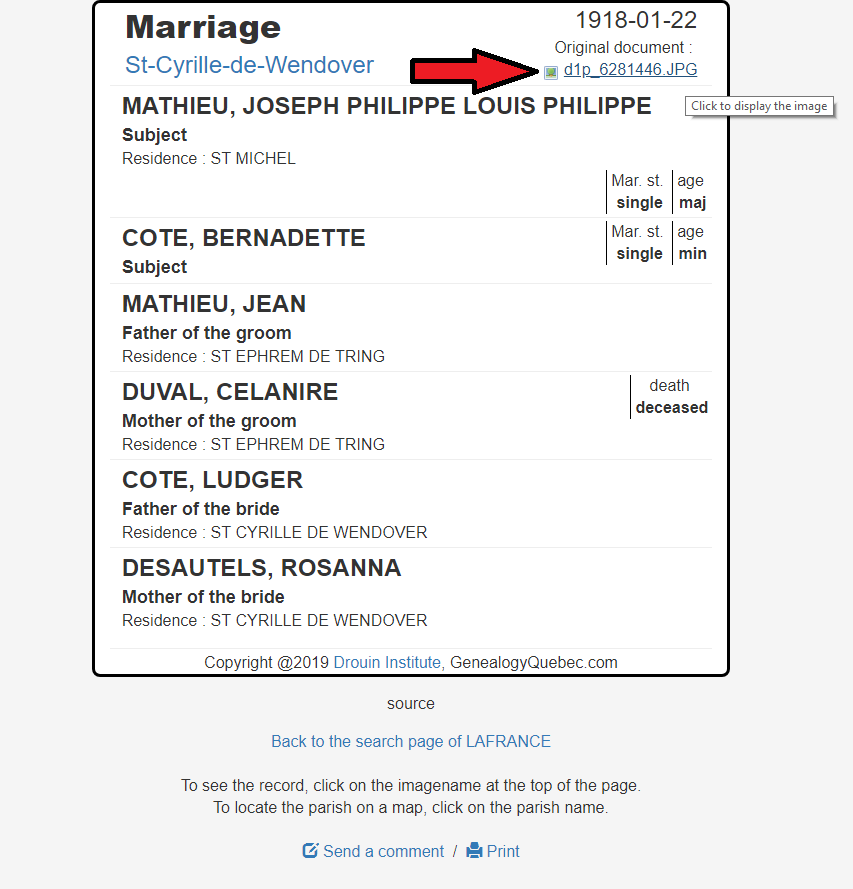 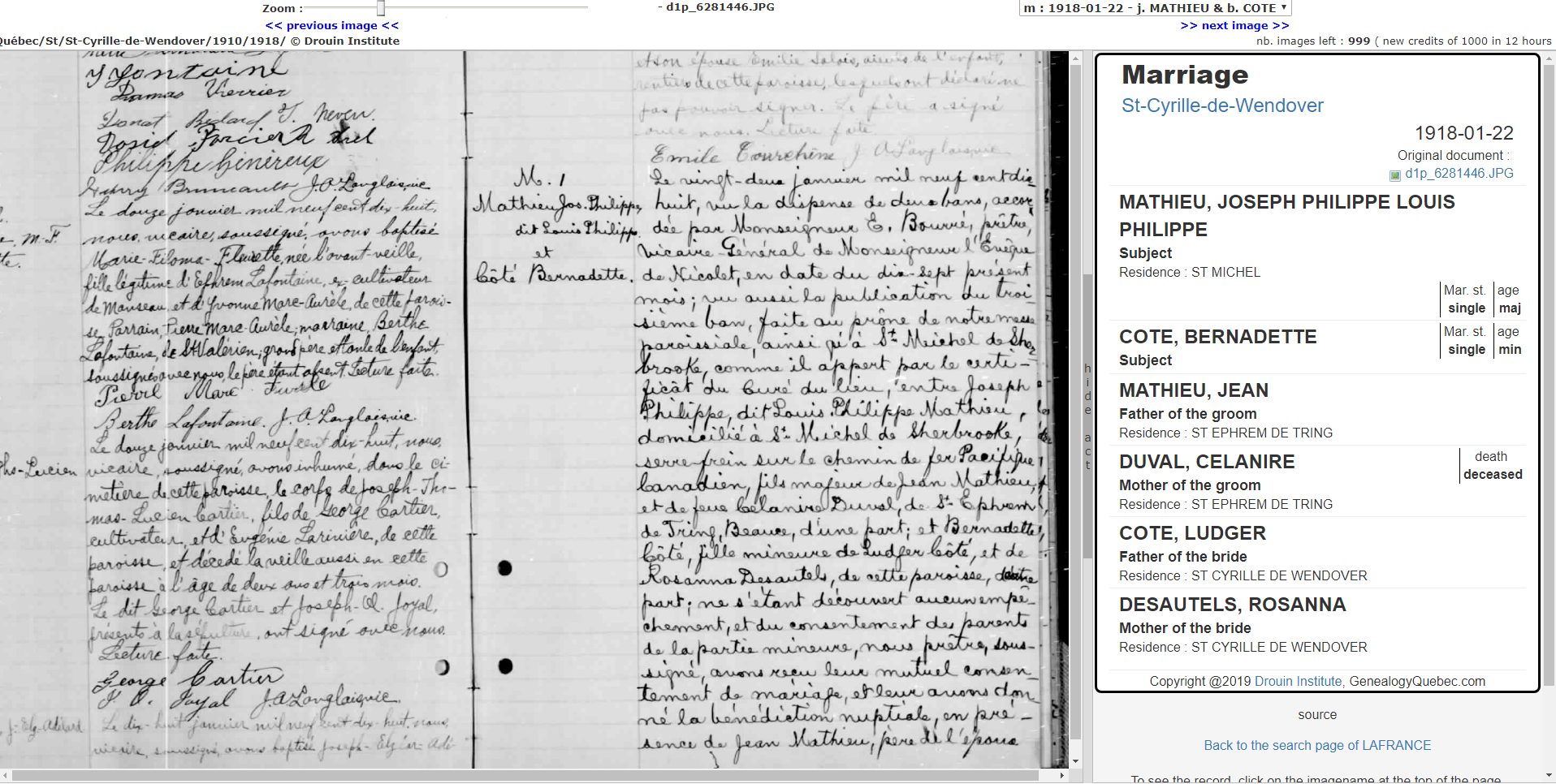 Ontario baptism, marriage and burial records in the LAFRANCE

We are happy to announce that we have begun indexing the parish registers of Ontario, more specifically the parishes that border the province of Quebec, as many French Canadian families settled in that region. These records will be added to the LAFRANCE gradually as they are indexed by our team.

The following parishes have been partially added as of now:

What is the LAFRANCE? 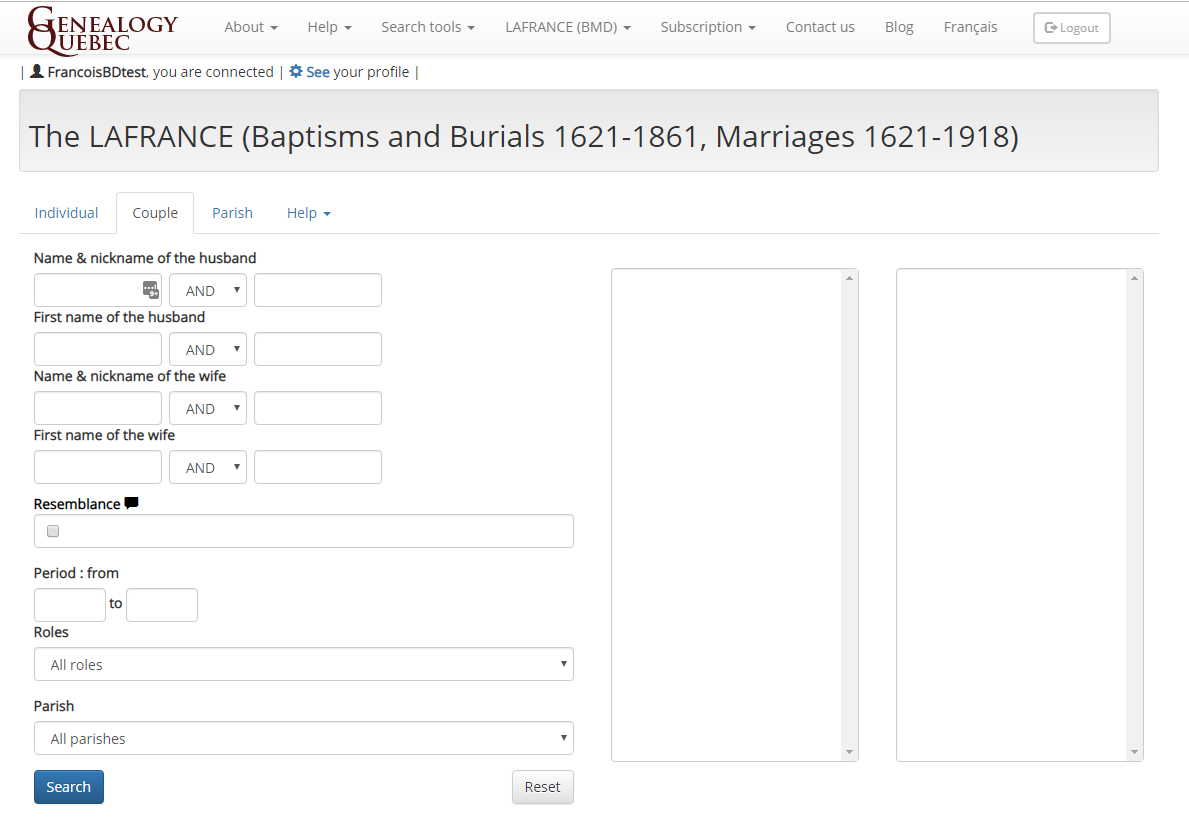 You can learn more about the LAFRANCE in this blog article.