The addition of indexed parish records continues on the LAFRANCE, one of the 15 tools offered to Genealogy Quebec subscribers.

In this latest update, some 4208 Protestant records from Quebec have been added.

2730 Protestant baptism and burial records from Quebec City recorded between 1768 and 1800 were indexed and added to the LAFRANCE.

As for the Anglican parish of Frelighsburg, located in the Eastern Townships, 1478 baptism and burial records were indexed and added.

Last Tuesday, the Drouin Institute was featured on Salut Bonjour, the most popular morning show in Quebec. If you missed it, you can view the segment by clicking on the image below (please note that it is in French). 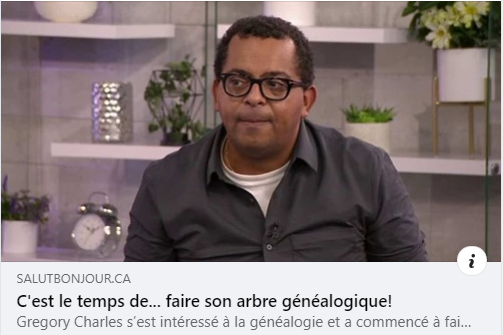