26 392 parish register images have been added to the Drouin Collection Records, one of the 15 tools available to Genealogy Quebec subscribers.

4173 images from the register of Notre-Dame de Montréal dated between 1705 and 1792 were added to the Registre paroissiaux 1621-1876 collection, which contains the religious copy of Quebec’s parish registers for the period in question. The civil copy of these same registers is also available on Genealogy Quebec. 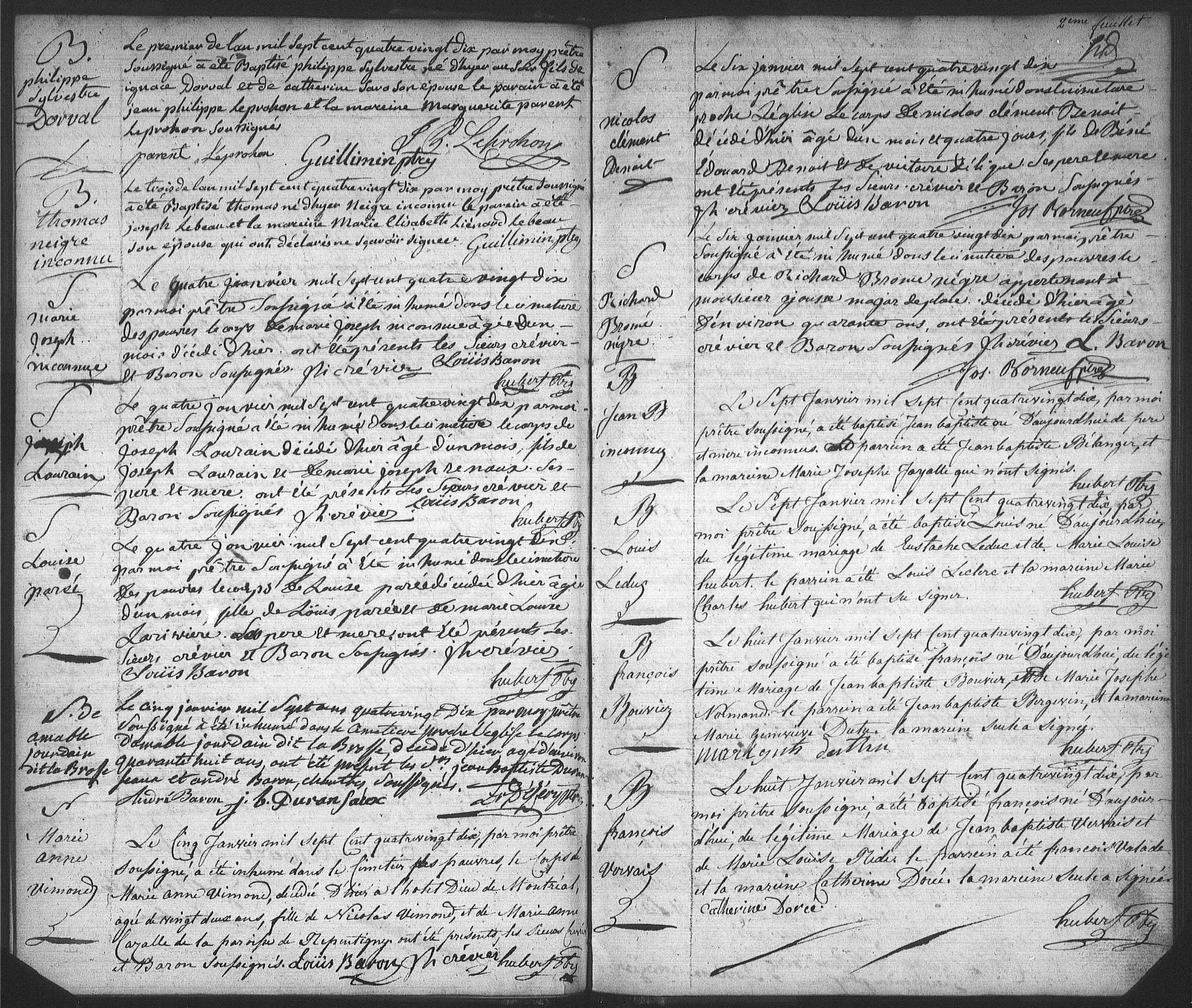 These new images may be browsed in the Drouin Collection Records (subscription required) under the Québec/Registres paroissiaux 1621-1876 folder. 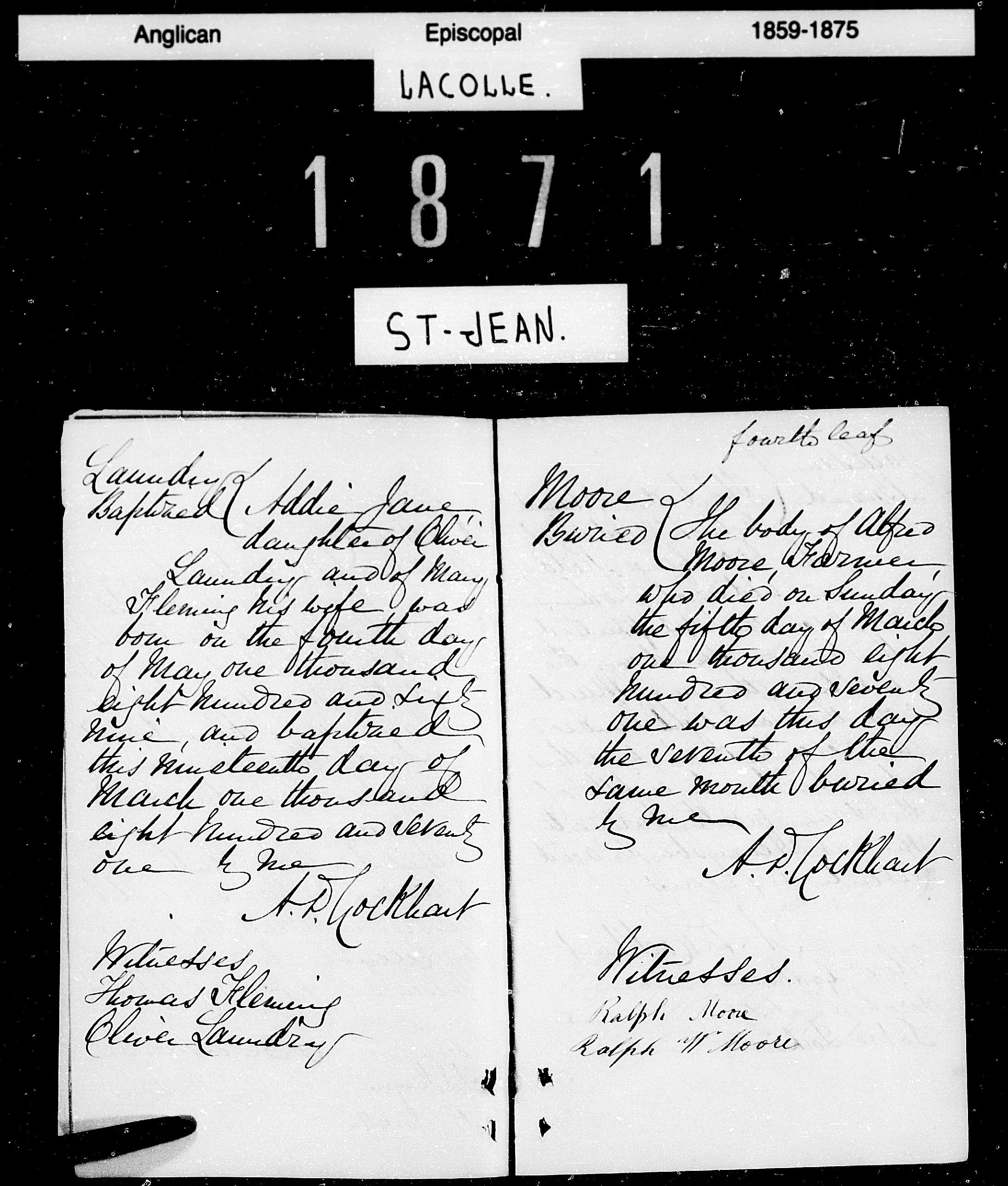 Here are the parishes that were added through this update:

You may browse them with a subscription to Genealogy Quebec in the Drouin Collection Records under the Québec/Registres non-catholiques 1760-1885/ folder.

The Drouin Collection Records is a collection of images of parish registers (baptisms, burials and marriages) as well as other documents of historical and genealogical significance. It covers all of Quebec and French Acadia as well as parts of Ontario, New Brunswick and the Northeastern United States.

This massive collection contains the entirety of Quebec’s civil registry from 1621 to the 1940s, which encompasses the vast majority of individuals who lived in the province during that period, making it an invaluable tool for genealogical research.

The parish registers of Quebec available in this collection are organized under different subsections.

The Fonds Drouin folder contains all of Quebec’s parish registers, from their inception in 1621 all the way to the 1940s and even sometimes 1967, depending on the parish.

The Registres paroissiaux 1621-1876 (Parish registers 1621-1876) folder contains the parish registers of Quebec from 1621 to 1876. However, these are not the same images as those available under the Fonds Drouin folder.

Historically, a parish priest in charge of recording baptisms, marriages and burials had to produce two copies of his register. One copy was kept at the church, and the other was sent to the court office, the so-called civil copy. The copy in the Fonds Drouin folder of the Drouin Collection Records is this civil copy, while the one in the Registres paroissiaux 1621-1876 (Parish registers 1621-1876) folder is the religious copy kept in the church.

The Registres non-catholiques 1760-1885 folder contains the registers of various Quebec non-Catholic parishes from 1760 to 1885.

The Fonds Létourneau is a collection of parish registers photographed by the Société de Généalogie des Cantons-de-L’Est.

These registers cover the Sherbrooke diocese from the opening of the registers up to 2013.

The Registres québécois, Actes découpés folder contains cropped records taken from various parish registers in Abitibi-Témiscamingue as well as the Gaspé Peninsula. What differentiates these records is that they are individually cropped from the parish register, often making them easier to browse and read.

The Série 4000 contains parish registers from various regions in Quebec, mainly the Gaspé Peninsula, Mauricie, the Laurentians, the Eastern Townships and Outaouais. These registers cover from the beginning of the 19th century up to 2008.

You may browse all of these parish registers and much more by subscribing to Genealogy Quebec today!