Accueil » Articles » The omission of women in family trees – Part 2

In my previous article, I demonstrated that women are often forgotten in genealogical research: patrilineal lineages are prevalent (Jetté, 1991: 110 ; Drouin, 2015) and women’s presence is often  made invisible through the vocabulary used (Cousteau Serdongs, 2008 : 133). This problem is anchored in the patriarchal organization of our society as well as in the reproduction of sexism in genealogical practices. We will now detail the consequences of this omission and the reasons why this problem deserves our attention.

The omission of women in the construction of genealogical lineages is part of a system of erasure and devaluation of women’s accomplishments, as well as appropriation and control of their work and bodies. The consequences are very concrete. Francine Cousteau Serdongs points out that “the lack of knowledge of women’s history from women of one’s own lineage makes it impossible to identify with them [1]” (2008: 138). It might also make it more difficult to identify what shaped one’s family and the role gender played in its formation. Patriarchal values (such as imperatives imposed on women’s appearances or behaviors) are reproduced not only in the public space, but also in the private space as they are often transmitted to children from an early age.

Not knowing about the history of women in our family can prevent us from understanding generational traumas or gendered perspectives as an essential part of our familial dynamic and culture. A better understanding of those issues would certainly play an important role in the deconstruction of patriarchal schemes transmitted in the family and in the consolidation of solidarity between women (Cousteau Serdongs, 2008: 138). 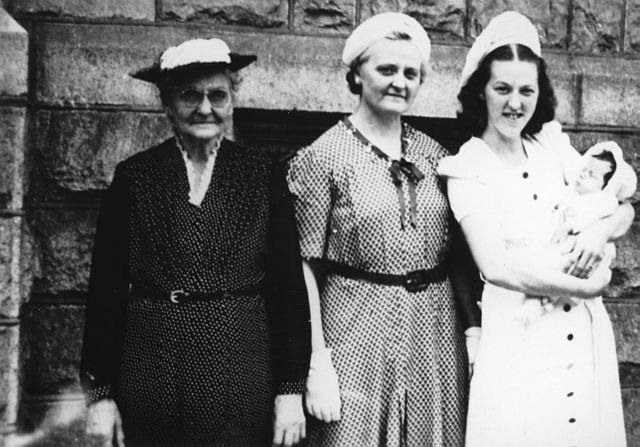 The erasure of women in genealogy also tends to go hand in hand with their erasure in the great History. Francine Cousteau Serdongs gives many examples of that phenomenon (2008: 135-136). She mentions the women on the Grande recrue ship and the spouses of famous men, like Charles Le Moyne. This invisibility certainly plays a role in the devaluation of women’s roles and work that is still going on today in our society: if we can’t recognize women’s past realizations, why would we be able to recognize present ones? 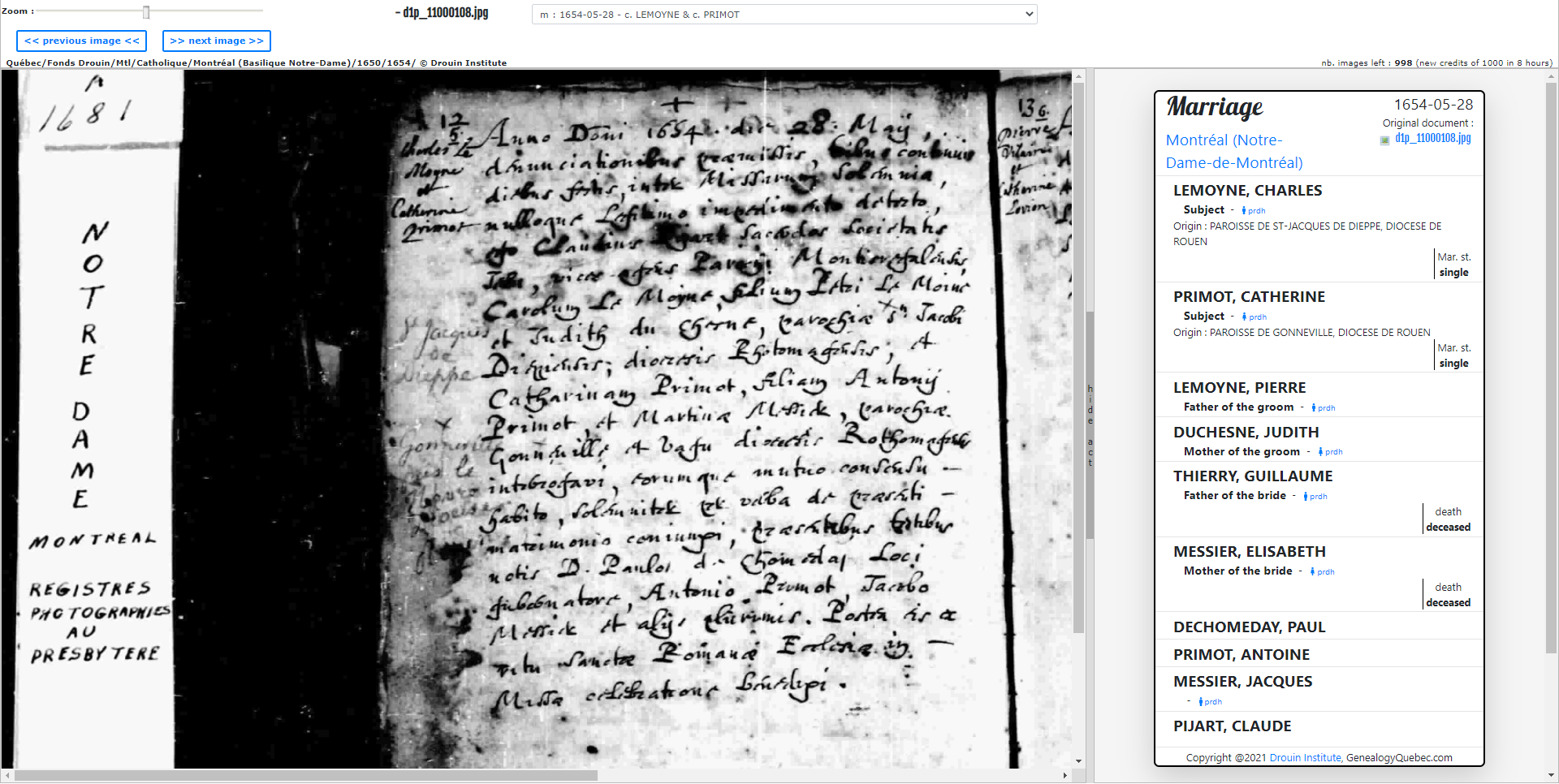 When we neglect mothers in genealogical research, we also devalue their role and we negate their implication in passing on the heritage, while men, because they pass on their last name, are an obvious part of one’s lineage (Cousteau Serdongs, 2008: 132). To quote Francine Cousteau Serdongs: “In the second generation, women are ignored, allegedly because they don’t have the same last name. Everything happens as if women didn’t have a lineage of their own but were simply helping their spouse have one” (2008: 133). Symbolically, this perpetuates a representation of women as “objects” with no agency (Cousteau Serdongs, 2008: 139-140), when in reality, women were playing an essential and active role in their family and their society.

It is true that women have historically been relegated to reproduction and the private sphere. They were kept out of the public space: the places where decisions were made and power was held. We can find traces of this private/public division since ancient Greece and despite the recent feminist progress, in some ways, it is still accurate today (see Bereni and Revillard, 2009). But even if women were locked up in the private sphere, it was not really a place for them to lead either. Patriarchal values continually dictated how women should act, even in private spaces. Medicalization of pregnancy and childbirth, the imperatives about how they should raise their children and clean their houses and the restrictions concerning abortion are all glaring examples of the way women’s work (including their work with children) is controlled and appropriated by men (see Cousteau Serdongs, 2008: 141-142 or Guillaumin, 1978). 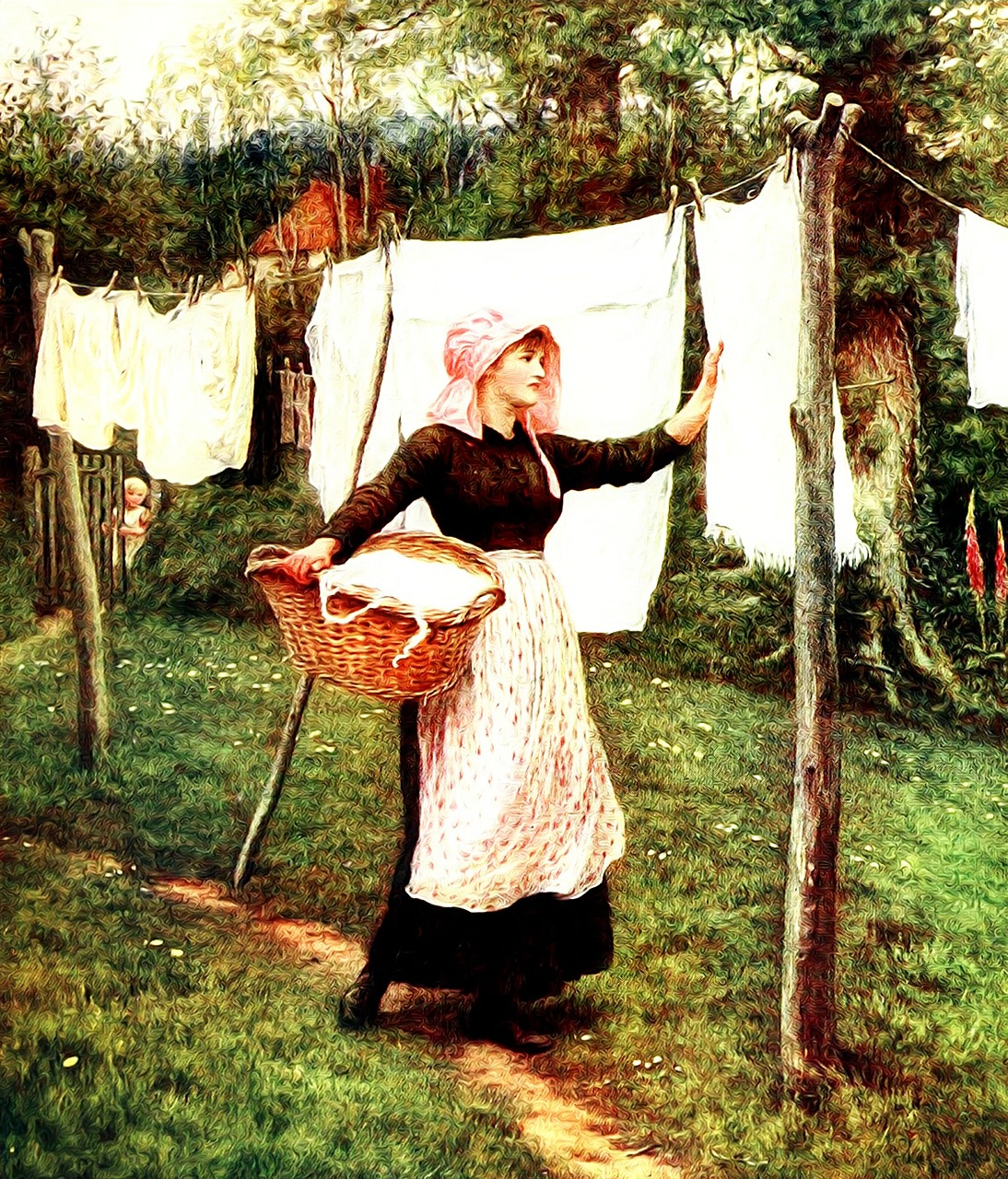 Painting of a woman doing laundry

As if it wasn’t enough, the private sphere has also been devalued (see Robert, 2017). The fact that women have been prohibited from giving their last names to their children for a very long time and that even today, we rarely allow them to appear in familial histories contribute to this appropriation of women’s work by men as well as in the patriarchal control and devaluation of the private sphere.

These consequences are even more important for racialized women, who are at the intersection of multiple oppression systems such as racism and sexism. For indigenous women, the erasure of their role in familial history meant the loss of their “Indian status” when they married a non-indigenous man. Their children couldn’t get the status either. This often meant being deprived of certain political, cultural, and social rights and often losing access to their community (see Arnaud, 2014: 213-217). The C-31 law, voted in 1985, allowed women who lost their status because of their marriage to a non-indigenous person to get it back, but their children could only get a non-transmissible status, unlike the children of indigenous fathers. It would take 25 years for this disposition of the law to be changed (Arnaud, 2014: 216). These simple changes in the law were not even enough to give their communities back to these women and children: the communities were lacking space and money and received no support at all to welcome back these people. Women were perceived badly, as if they were upsetting the established order and forcing the hand of their communities: this issue has yet to be resolved. 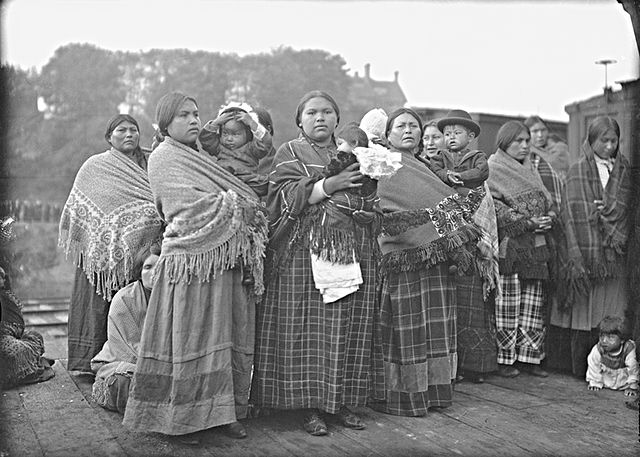 (Trigger warning: mention of rape in the next paragraph.)

This conception of women as carriers of men’s lineages also contributed to the imposition of chastity and fidelity standards which were used to ensure the identity of a child’s father (Knibiehler, 2012). Outside of Quebec, rape has been used as a weapon of war in many contexts. Women’s bodies were used to “tarnish genealogical lineages” and punish certain peoples. To quote Véronique Nahoum-Grappe, talking about ex-Yugoslavia “rape became, some sort of a victory on war’s front against the collective identity of the enemy, a victorious invasion of their reproductive space” (1996, 153). While, to my knowledge, events of this sort have not been documented during Quebec’s colonization, it is still very possible they happened. In 2014, Statistics Canada reported that indigenous women were three times more likely to be a victim of sexual assault than non-indigenous women (Boyce, 2014).

In conclusion, the omission of women in genealogy contributes to a patriarchal culture which erases and devalues women’s accomplishments as well as the oppression they live under within their societies and families. It also contributes to the appropriation and control of their work and bodies. It is urgent that we find ways to change this situation and work towards a society in which we can all be equals: my next article will detail how we can achieve this in the field of genealogy.