The bimonthly LAFRANCE update was released earlier in the week. The additions mostly pertain to the 1850-1861 period for Catholic baptisms and burials.

Note that 815 of these new records come from Cyprien Tanguay, who had access during the creation of his famous “Dictionnaire généalogique des familles canadiennes” to now unavailable records. These records mostly cover the Sorel, Saint-Augustin and Petite-Rivière-Saint-François parishes.

In addition, the corrections sent by our users over the past 2 months have been applied.

In our previews newsletter, we announced the addition of 13 723 death notices to the Newspaper Obituaries section. These additions have continued through the month of June, with now over 30 000 new obituaries being made available in the collection. 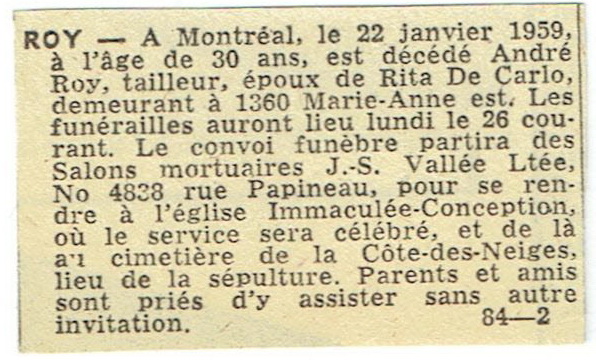 This section contains 656 155 death notices published in Quebec newspapers between 1945 and 2015.
You can browse this collection with a subscription to GenealogyQuebec.com in the Obituary section.

How far back can you research your ancestry in Quebec?