You will find these 4696 new images in the Drouin Institute Miscellaneous Collections under the “23 – Journaux anciens” folder. These 4 newspapers join the Union de Woonsocket (1935-1971) and Union des Cantons-de-l’Est (1867-2008), already available on the website.

L’Avant-Garde was a political newspaper published in the Quebec City area starting from 1896. Conservative in nature, this newspaper was dedicated to protecting the French-speaking Catholic communities of Canada. 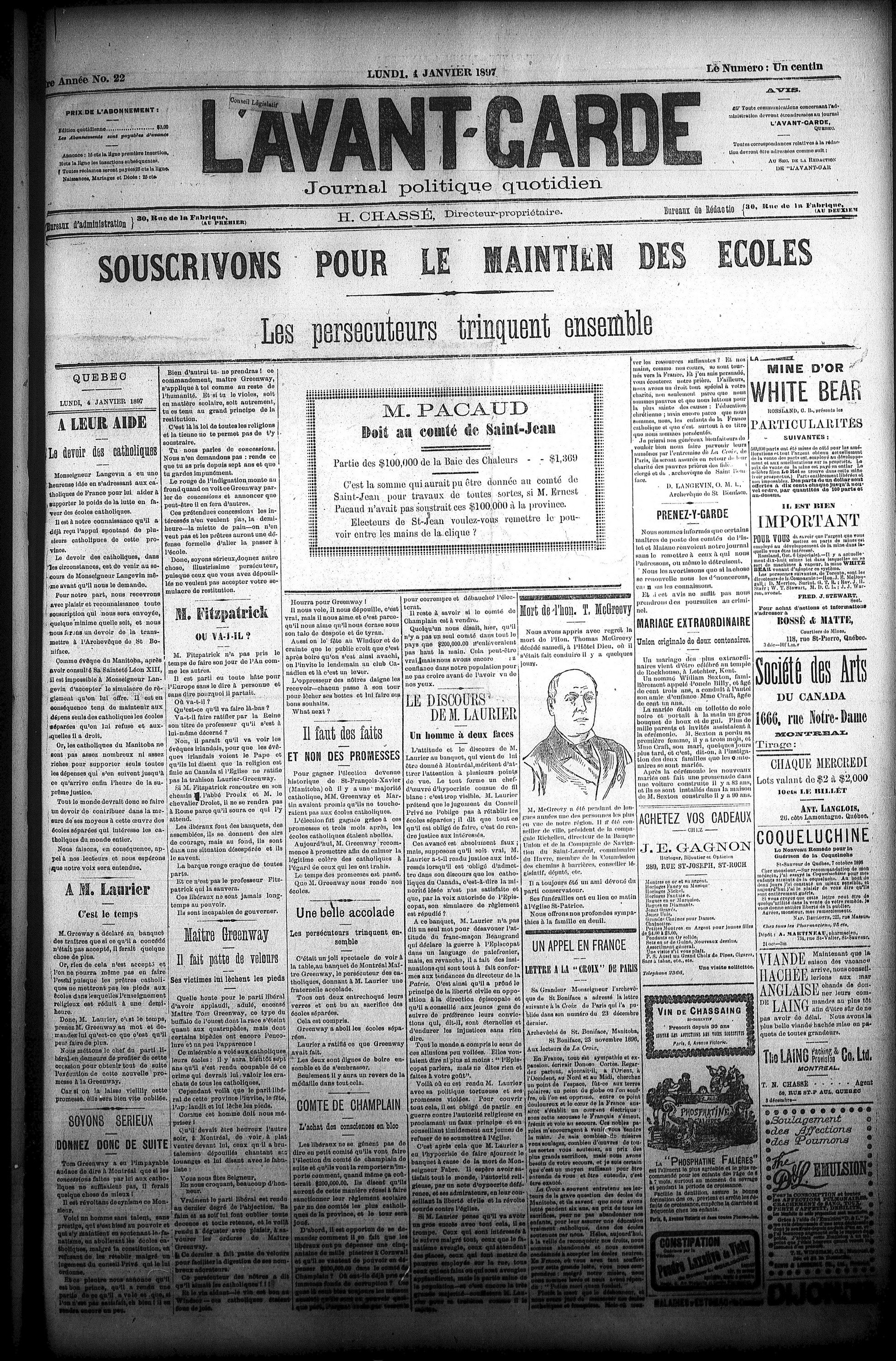 L’Avenir was a daily newspaper founded in Quebec City on May 27, 1893 by J. C. Langelier. It ceased publication shortly after, in July 1893. 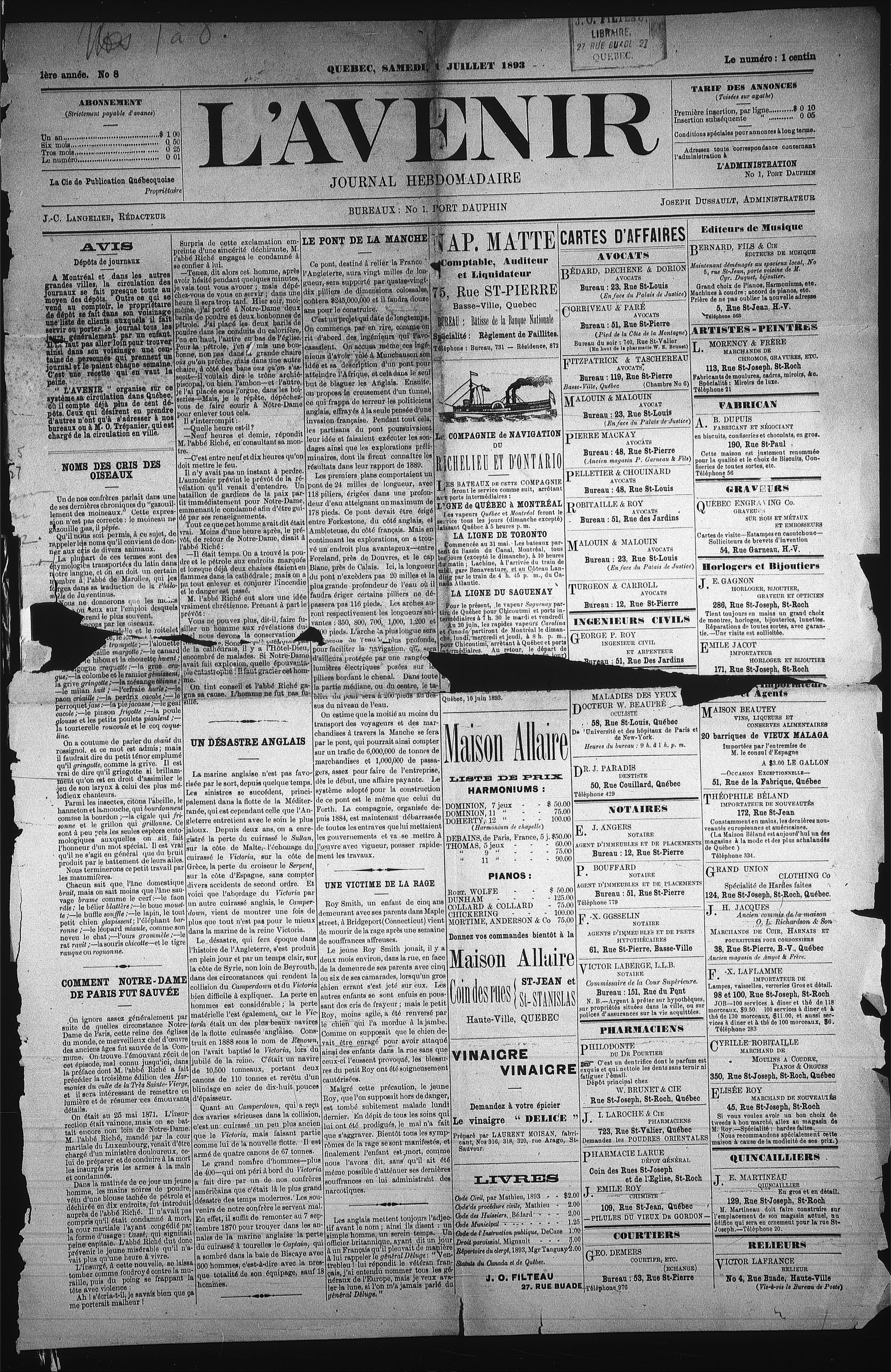 Le Canada-Français is a daily newspaper from the St-Jean-sur-Richelieu region which is still published to this day. 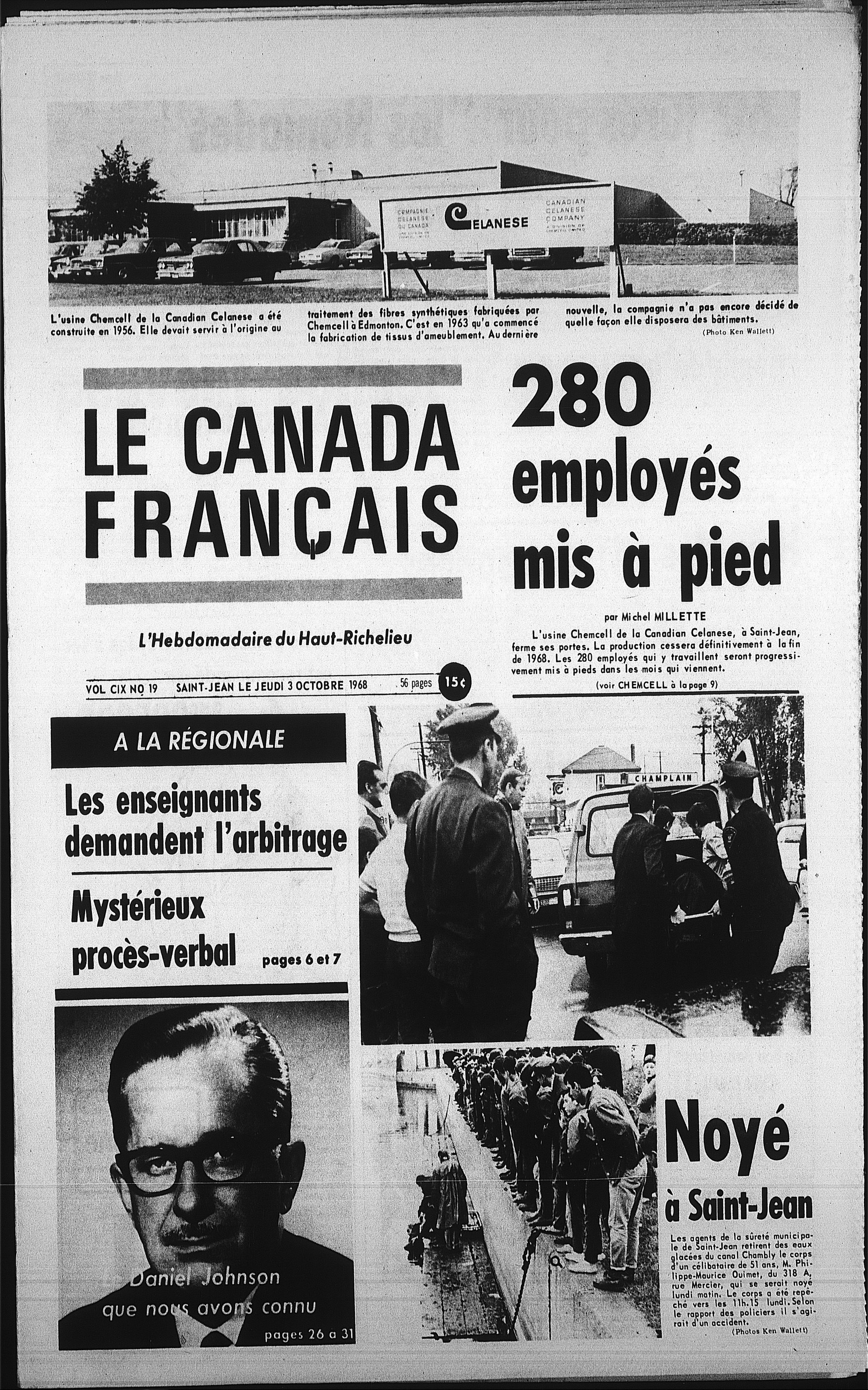 The Advertiser, and Eastern Townships Sentinel was a newspaper founded in 1856 by Lucius Seth Huntington and published in Knowlton, Estrie. It was the very first newspaper published in the region. 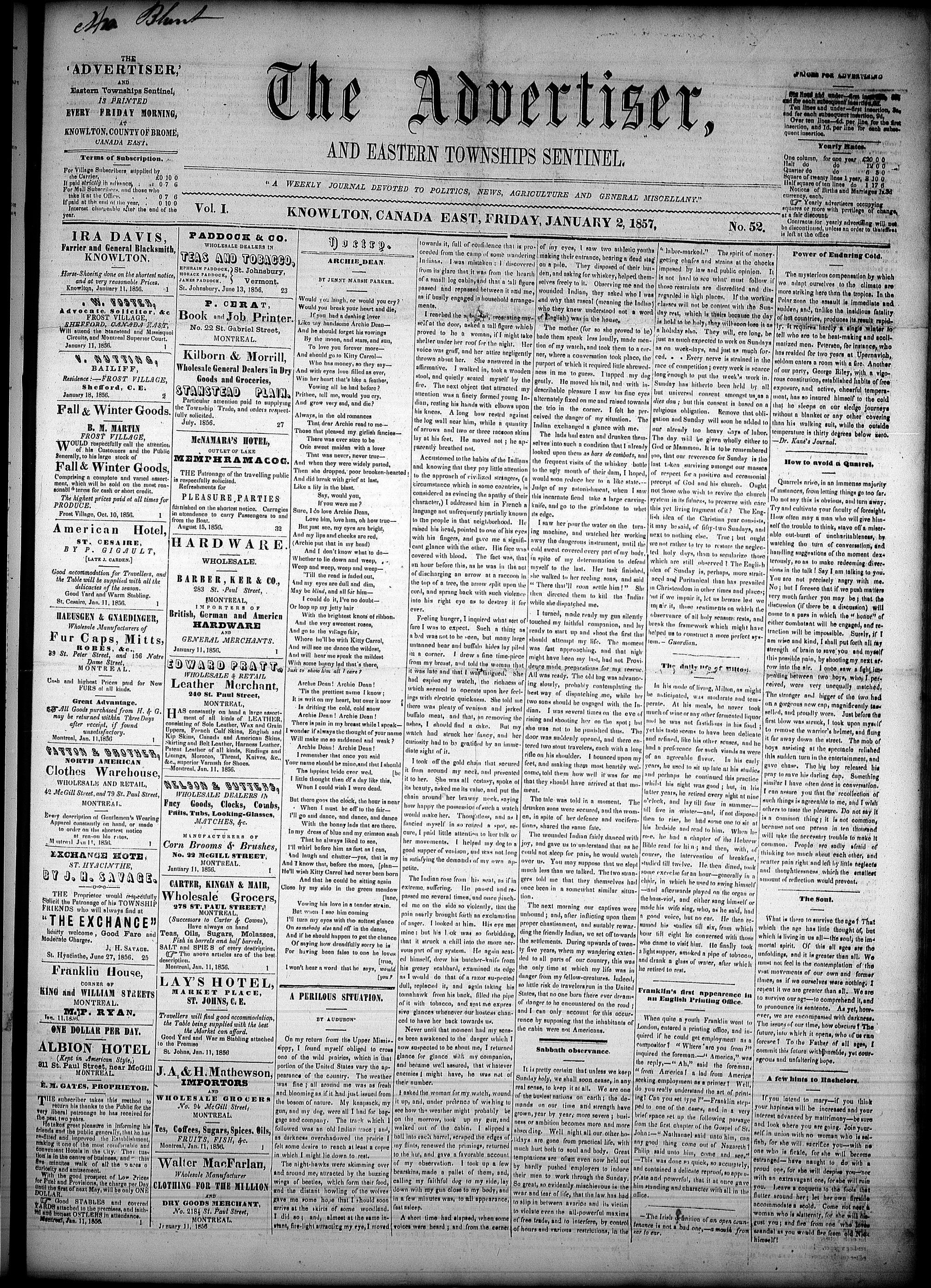 A new version of the user guide is now available on our blog at this address.

You will find instructions on how to subscribe, log in, recover your password and access tools as well as useful links and guides for each tool.
You will also find a concise overview of the period, regions and types of documents covered by each of Genealogy Quebec’s tools (a subscription is necessary to access these collections) :